Blog (Insight Voices) To Cloud or Not to Cloud: Tough Questions, Real Answers

Our XYZ team is blocking all efforts to move to the cloud. How can we get them on board?

This article focuses on a frequent theme with companies moving to the cloud, in which one or more groups are steadfastly opposed to a cloud move.

Really this should come as no surprise. Cloud computing is a disruptive technology, and it’s well documented that companies are moving to the cloud faster than many expected. The terms “disruptive” and “fast” — and let’s not forget “change” — are words that frequently give people reason to pause.

Before we get started, there is one important assumption underlying this blog post. The assumption is that a cloud move makes sense for the organizations we’re talking about here, and the organization’s key stakeholders agree on that. Sure, some companies have legitimate reasons to stay put, or to delay a cloud move, but that’s not the case for the companies we’re discussing here. So onward.

You read that right — at some companies, infrastructure groups occasionally block cloud moves, and at other companies they often lead the charge. While I haven’t encountered an infrastructure team playing both sides at a single company, it’s easy to imagine that competing priorities might make this situation manifest when dealing with a larger team.

So why would these groups block a move to the cloud? I’ve consistently witnessed two main reasons. The first applies only to infrastructure teams, and it has everything to do with job security. It's the fear that moving to the cloud will lead to layoffs for the infrastructure team. This hasn't been the case in my experience. However, I could see some cause for concern if a company was shutting down its own data centers. In that case, I could see where people who maintain the physical infrastructure could be impacted.

But what about the infrastructure folks who almost never run cable, and who rarely rack and stack servers? These infrastructure folks will have plenty to do in the cloud: locking down their cloud networks, monitoring and managing Virtual Machines (VMs), etc. — many of the same activities they do on premises.

There will be plenty to learn, of course, because each cloud provider implements its infrastructure differently, has a distinct management portal, provides different APIs and tools, etc. But many people in IT enjoy learning new tech, so this will be a welcome experience for them. For those who don’t want to learn, or feel threatened by change, it’s a different story entirely. Regardless, ideally a move to the cloud can free infrastructure staff to focus on more strategic initiatives, such as tightening security and improving infrastructure governance.

The second group I’ve frequently seen block cloud moves is security. The reason has been the same every time, no matter the organization or industry vertical. It’s that members of the security team aren’t yet familiar or comfortable with cloud computing and either don’t have the time to learn about it or aren’t willing to take the time to learn.

While the underlying reason is a lack of understanding, this manifests in a couple of ways. Sorry to say, but in some cases the security team says the cloud isn’t secure enough for the organization, which is total fear, uncertainty and doubt.

In other cases, they say they need time to assess the cloud and how they can secure it, which is totally reasonable as long as they’re actually willing to follow through and deliver the assessment.

While infrastructure and security teams have frequently blocked cloud migrations, there's a third group that has also blocked or delayed a move to the cloud, but I’ve only witnessed this a couple of times. This group includes developers who were comfortable with the status quo and feared they would struggle to learn how to rearchitect their applications for the cloud.

This makes me sad. The developers I work with are all eager to learn new things and would hate to get stuck with the status quo. Regardless, these developers didn’t even know how their apps would be affected by a cloud move. In fact, they had some good options available to them, ranging from minimal changes to a full rewrite. Still, you hear familiar themes here: fear of change and an unwillingness to learn new things.

Any of this sound familiar to you? If so, what can you do about it?

If you’re advocating for a move to the cloud and others are stonewalling it, you’ll want to find a way to get them on board. The most important thing you can do is help them learn about the cloud, which should remove any potential fear, uncertainty and doubt.

Hands-on training works best. We’ve delivered such training countless times, specifically Microsoft Azure training. We call this “Azure immersion” events, usually with Microsoft funding. We’ll pull together a range of training modules to meet the client’s particular needs, and as we progress through the various modules, the naysayers inevitably vent their doubts and concerns, which is great.

To alleviate their concerns, we typically share stories of other clients who've had the same concerns, and describe in detail how we helped them address those concerns to achieve a successful move to the cloud. In some cases, we can even walk them through the steps — hands on — to address those concerns. Attendees leave the training much better informed and almost always with an improved attitude.

On several occasions, however, even hands-on training hasn’t been enough to convert the naysayers. There’s usually some nagging doubt that things won’t go so smoothly for them, or that the cloud won’t meet their needs. Fortunately, we almost always allocate the last portion of the immersion schedule — usually a half or full day — for a small proof of concept. This could involve migrating a small application to the cloud or deploying some infrastructure to match their on-premise deployment — whatever makes sense for them.

In addition to all of the training, it’s quite common that clients will request one or more follow-up meetings to go deeper into certain topics. Many clients have wanted help figuring out how exactly to move their infrastructure and applications to the cloud, so we’ve held architecture design sessions to do exactly that.

Other clients have requested reviews of their cloud deployments, or discussions of cloud best practices, or cloud governance … the list goes on. The fundamental point is that it makes total sense to leverage whatever expertise you can gather to improve your chance of success.

Moving to the cloud is a big deal. It can be a big change for IT and presents a significant learning curve. Some people don’t deal with change very well, so it shouldn’t be all that surprising that people push back. Heck, I’ve seen client staff resign because of a cloud move. But in my experience, if you can engage with these people and give them the knowledge they need to see a successful path to the cloud, that almost always alleviates their concerns and gets them on board. 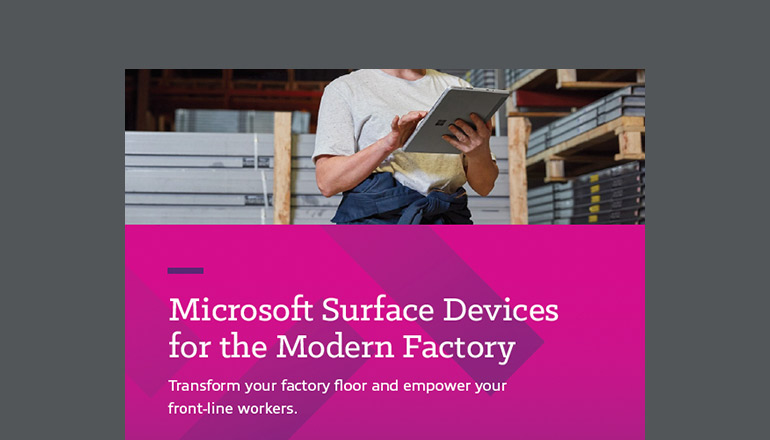