Article IoT in Pharmacy: How Pharmacy Automation and IoT Devices Are Transforming Medicine

Does a trip to the pharmacy conjure up images of workers in lab coats rushing around behind the counter and adjusting their glasses to decipher physician scripts? If so, you’re way behind the times. Many organizations are now realizing the benefits of pharmacy automation and Internet of Things (IoT) devices in ways that are revolutionizing the industry. It's time to get caught up with how digital transformation has evolved the industry.

Our first stop takes us to Yavapai Regional Medical Center in Yuma, Arizona. Pharmacists there use high-definition cameras to remotely monitor the compounding of drugs inside the hospital’s cleanroom. If they see a problem, they can communicate it to cleanroom technicians whose voice-activated headsets allow them to keep working as they respond.

Medical staff don’t have to waste time delivering drugs once they’re compounded either. That’s now handled by robots about 90% of the time — after doctors have submitted their electronic prescriptions and pharmacists have reviewed them to make sure there’s no conflict with patient allergies or other medications.

The hospital’s pharmacy system not only saves time, it increases accuracy. Staffers say the robot has delivered more than 40 million doses without an error.

Though not all hospitals are as sophisticated as Yuma’s, implementation of Electronic Health Record (EHR) systems has become widespread thanks to government incentives. In fact, EHR adoption among hospitals has reached 96%, up 71.9% since 2011. Many hospitals are also using computerized order-entry systems for prescriptions, or e-prescribing.

EHR software enables healthcare providers to electronically document key administrative and clinical data, including medication information. It also provides clinicians with the ability to access and update patient information in real time. EHR systems can potentially reduce costs and errors — especially when managing chronic illnesses, such as diabetes and hypertension.

Electronic prescriptions and drug-monitoring programs can also help prevent opioid abuse by not only finding errors but also recognizing patterns of controlled and non-controlled prescription use.

Healthcare technology is also advancing on other fronts.

Hospitals are placing Radio Frequency Identification (RFID) tags on medications to improve the efficiency and accuracy of distribution. In addition to increasing patient safety by alerting staff when the wrong medication has been selected for restocking medication trays, this kind of RFID use has also significantly reduced labor costs, enabling staff and clinicians to spend more time focusing on patient needs.

In another effort to reduce errors in medication distribution, the National Institutes of Health registered the Pill Image Recognition Challenge to create software that will let medical workers identify a pill by taking a smartphone snapshot of it.

Some pharmacies are working on real-time insurance benefit verification, which would allow doctors to give patients information about copay amounts before entering a prescription. High out-of-pocket costs are a primary reason patients stop taking their medications.

With the wealth of information available on the internet, patients can learn a lot on their own about the drugs they’re taking, becoming more empowered participants in their own care.

Pharmacy automation and IoT pharmacy technology will shift the focus of tomorrow’s workers. Rather than counting pills from a bottle and simply filling prescriptions, they will be able to step out from behind the counter and actively engage with patients on their health.

As the IoT increases the availability and affordability of health-monitoring technology, the University of South Florida believes more doctors will be prescribing wearable devices — and pharmacists will be focused more on teaching patients how to use them.

Augmented Reality (AR) devices like the Microsoft HoloLens are disrupting medicine and could, among other things, let pharmacists see patient records and prescription information right before their eyes.

Technologies like these could catch problems before they become serious, providing instant communication to caregivers and real-time treatment that need not involve a trip to a lab or the doctor.

Transform healthcare with the IoT. Insight will help you drive greater workforce efficiency with IoT technology. 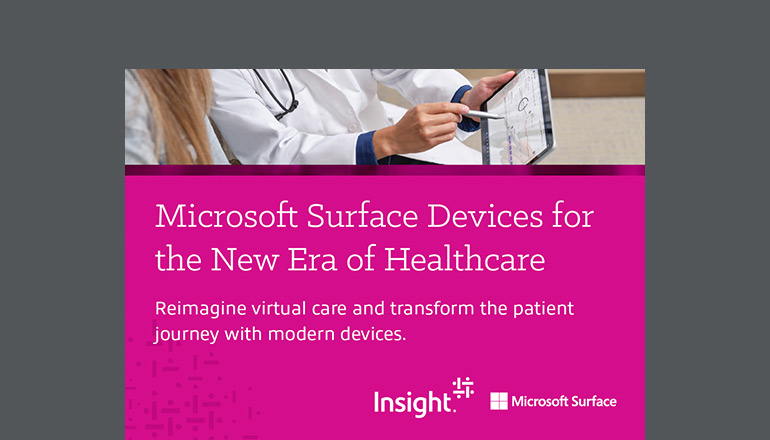 eBook Microsoft Surface Devices for the New Era of Healthcare 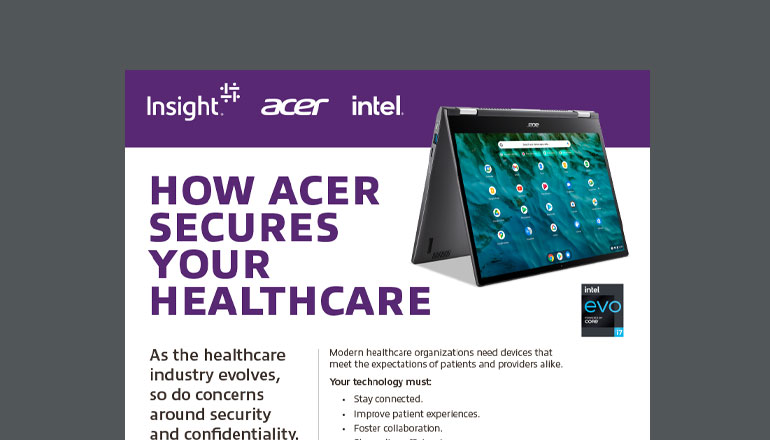 Infographic How Acer Secures Your Healthcare