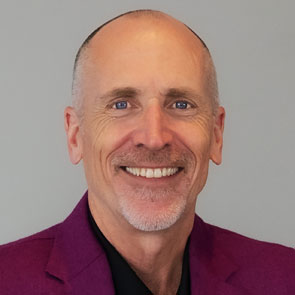 "We’ve gone from focusing on just delivering bigger and faster technology to delivering meaningful business outcomes. And, our solution areas are absolutely geared to what is most important to our clients."

Get to know John.

John started his career in technology as a PC salesman decades ago — just two blocks away from the Insight office in Montreal. Bringing things full circle is just a fitting coincidence, he notes. He didn’t plan it that way.

While studying marketing and finance at Concordia University in Montreal, John thought he’d turn his part-time pharmacy job into a career. But a chance encounter in the university faculty lounge set him on a different course when he was recruited to sell computers. John worked full time as a salesman while attending night classes until his graduation in 1985.

He has sought out fresh challenges and opportunities from the start.

“Every career step I’ve taken, I’ve been a little outside my comfort zone,” he says. “I really enjoyed the constant learning and constant challenge. It excites me.”

From 1999 to 2005, he held sales leadership roles at Nortel Networks. Then, from 2005 to 2014, he worked at Juniper Networks as the Canadian enterprise general manager. His roles continued to broaden, and he joined Hewlett Packard Enterprise in 2014, working his way up to vice president and general manager in Canada.

“I’ve always been a person who took pride in understanding enough about technology to translate what it can do for the business.”

He became Insight Canada’s senior vice president and general manager in 2018 and was tasked with delivering Insight’s four solution areas to the Canadian market. John relished in the opportunity to shift the Canadian business from focusing on Supply Chain Optimization to delivering the full Insight value proposition to include the other three solution areas: Connected Workforce, Digital Innovation and Cloud + Data Center Transformation.

John believes in a well-balanced approach to leadership, using a color-coded calendar to ensure he’s spending enough time engaging and collaborating with his teams, clients and partners.

His competitive spirit and high energy carry him through each day as Insight Canada’s leader. John believes in driving the success of everyone around him — and communication plays a critical role.

He defines the what and the why, so his team can find the how that leads to success. “It’s a privilege to lead this team and finding motivation from them is easy.”

Gain knowledge from our leadership.

Insight executives and industry thought leaders share their perspectives on IT and the industry in our Insight Voices blog and our Technomics podcast.